Whether you are a high school student or studying in a college, chances are you have encountered William Shakespeare at least once in your academic career. Shakespeare as you might already know was an English poet, playwright, and actor. To date, he is considered to be the greatest writer in the English language and perhaps world’s most distinguished dramatist as well. 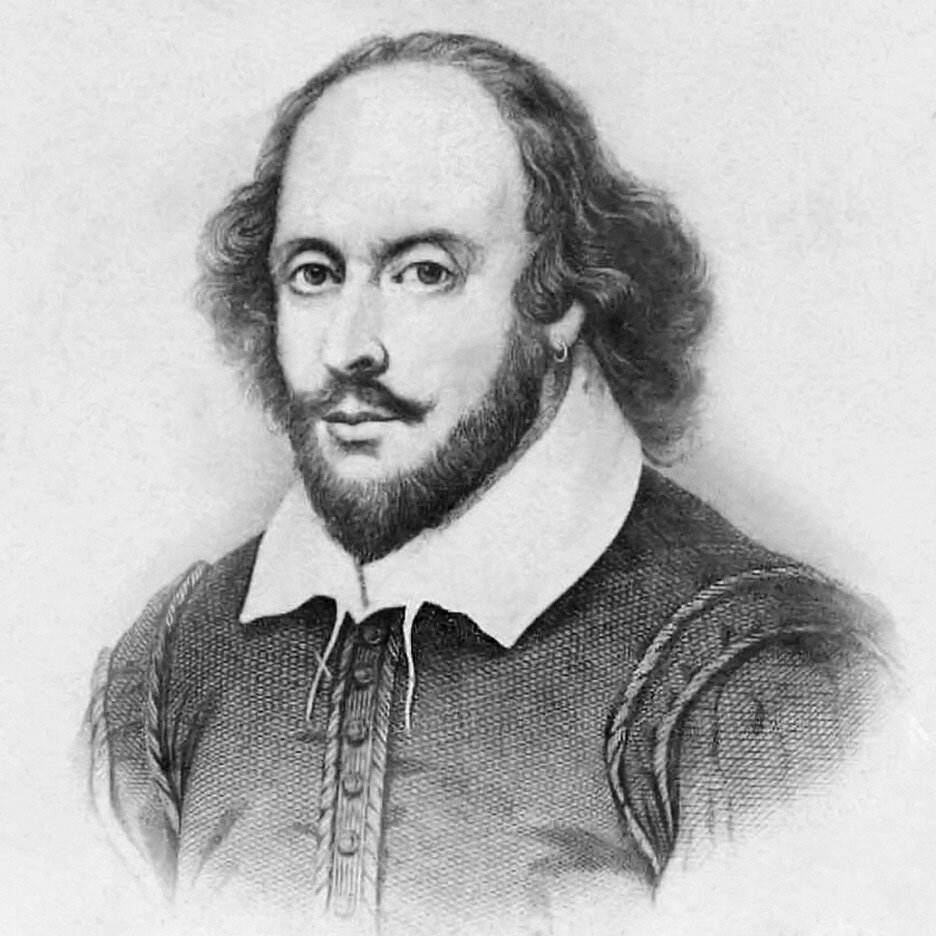 ‘Romeo and Juliet’ is not only considered Shakespeare’s greatest creation but also stands as world’s most popular and renowned tragic, love-story. In the year 1597, the original play Romeo and Juliet was published and spoke of this timeless tale of two star-crossed lovers, where Romeo and Juliet’s love was caught between two fighting families who would stop at nothing to continue the enmity. To make things more difficult for our star-crossed lovers, even respective servants from both the families fight out on the streets. 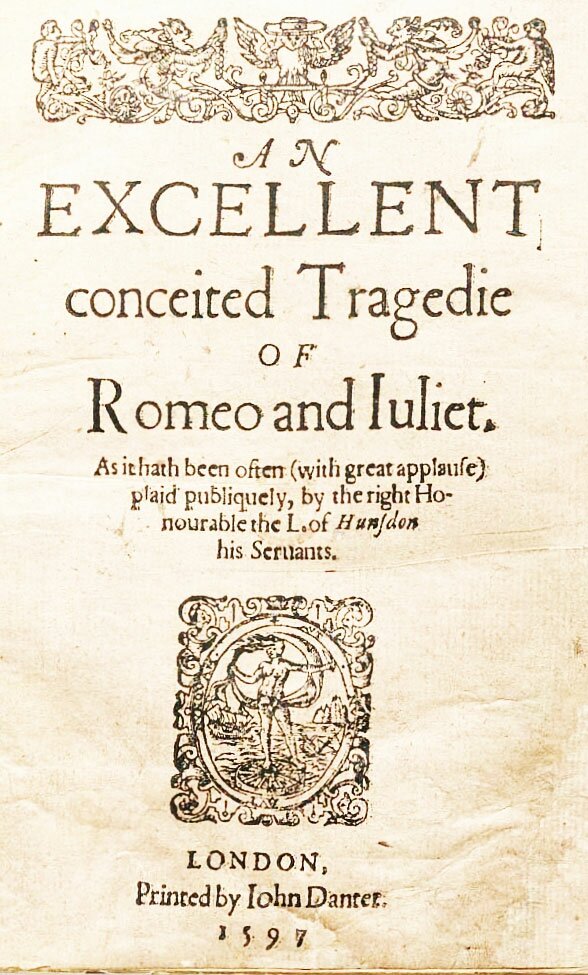 Title Page of the First Edition

In the story, Romeo is from the Montague family, and Juliet is from the Capulet family. The conflicts between the two named families are long and do not present any signs of ending. Both the protagonists are shown to be around 14 years old. Other prominent characters include Mercutio, who is not only a kinsman to the Prince but also happens to be Romeo’s close friend who rejects the idea of love altogether and considers sexual appetite the right emotion. We also see Benvolio who is Romeo’s true friend in every sense, he happens to be his cousin and tries his best to help Romeo forget Roasline, who happens to be a character which never appears on-stage but has been the object of affection for Romeo at the beginning of the play. We must also mention Tybalt who is Juliet’s cousin on her mother’s side. 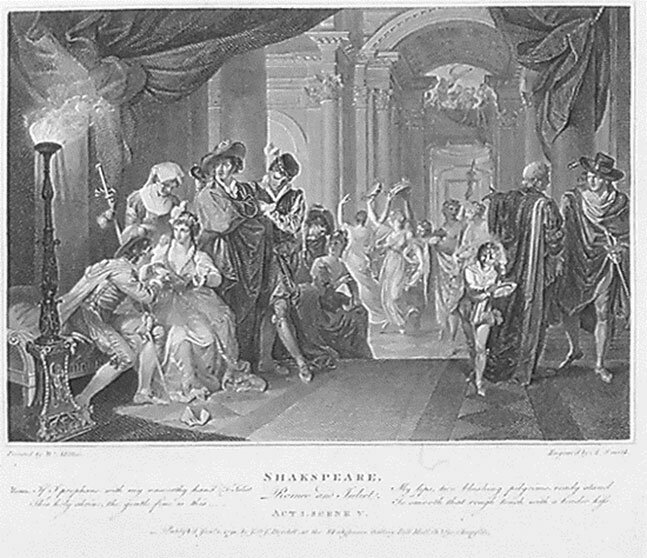 This tale of forbidden love is basically a depiction as to what happens, when two people, who love each other and forced to be apart. When you cannot express your love for someone or be with the heartrending events of this story are bound to happen. Romeo saw Juliet for the first time at party in the Capulet household and against all criticism from readers; he does in fact falls in love with her at first sight. He manages to steal a few moments alone with her where he kisses her and gets to know her name. Soon Juliet’s nurse who is also her loyal confidant reveals Romeo’s identity. And our star-crossed lovers decide their love for each other was far, and above their families’ problems and marry. Friar Lawrence performs the marriage ceremony in an attempt to end the fighting for good. This is followed by the tragic death of Tybalt by the hands of Romeo for he chose to avenge Mercutio’s death. This can be considered to another important event in the play leading to its disastrous end. 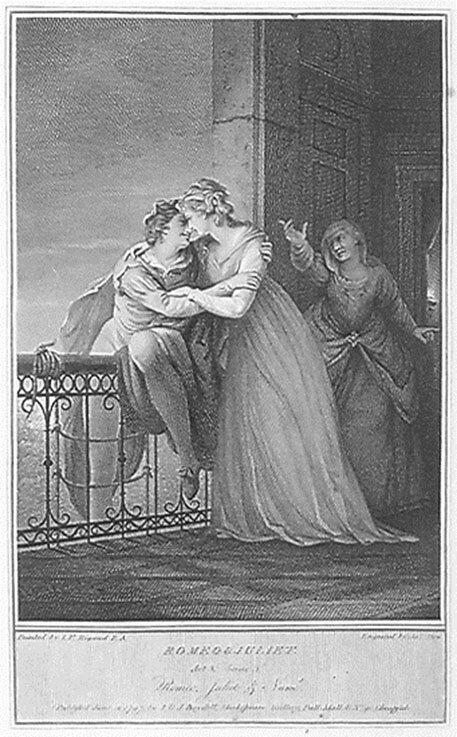 Romeo’s banishment and then Juliet’s arrangement for marriage to Paris were the reasons that led to lovers to take drastic measures from Act III of the play. Juliet agrees to marry Paris however, takes the poison the night before. In the morning when her apparently lifeless body is found, she is moved to her family tomb. Owing to an outbreak of the plague prevents the messenger to bring Romeo the news and instead he now receives her death news. He leaves for Verona immediately and on his way, purchases poison from an apothecary. He visits the tomb and finds Paris mourning; they both end up in a fight where Romeo kills Paris.

Romeo at this point is still unaware that Juliet is still alive and this was all a charade to prolong the wedding, he drinks the poison. Juliet awakens from her death-like-sleep and finds Romeo dead. She is devastated with it all and decides to end her life as well with her lover’s dagger.

Soon the Prince meets with the families and Friar recounts the events leading to this tragic end of the star-crossed lovers. The families finally decide to end the feud and pays respects to their children. An in an ironic situation, the plays ends at a line that literary history will use to describe this entire play as well: “For never was a story of more woe than this of Juliet and her Romeo.” 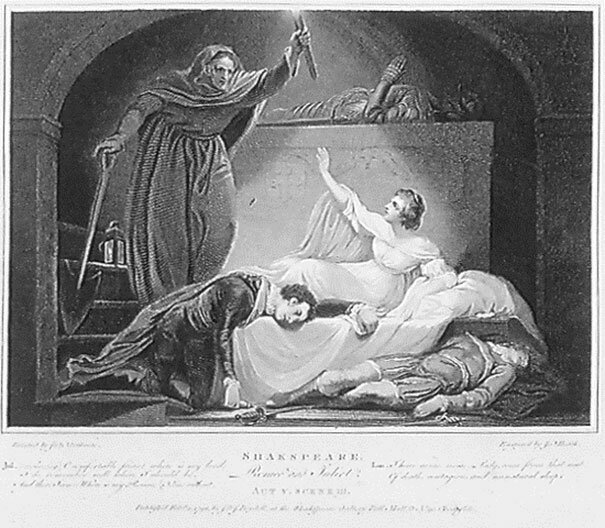