Cyber bullying can be done with the use of technology to threaten and embarrass people and is usually seen among the young people. If an adult gets involved in a situation of this sort the case might take shape of cyber harassment. The consequences of such acts can be grave and every person should be aware of them before committing any cybercrime.  A paper on cyber bullying is incomplete without the effects it can generate on the minds and lives of the victims.

Cyber bullying can be easy to comprehend and you will come across them by browsing the Internet at different forums. There are many kinds of cyber bullying owing the social media boon that is happening across the globe. However there exist only certain categories of cyber bullying; therefore, if you have been threatened by a person, you must be aware of the category in which it falls.

People can be harsh and at times even worse and there are several incidents of cyber bullying which have made various social networking websites change their rules to stop such acts. Many companies have taken multiple preventive measures to fight against such cyber bullying acts.  The worst acts include impersonating a person, putting photos and information online without the owner’s consent. Fake profiles and accounts are created to harass people with the core intention to bully others. And such acts of cyber bullying can lead to diverse outcomes, sometimes affecting the victims for the remainder of their lives. 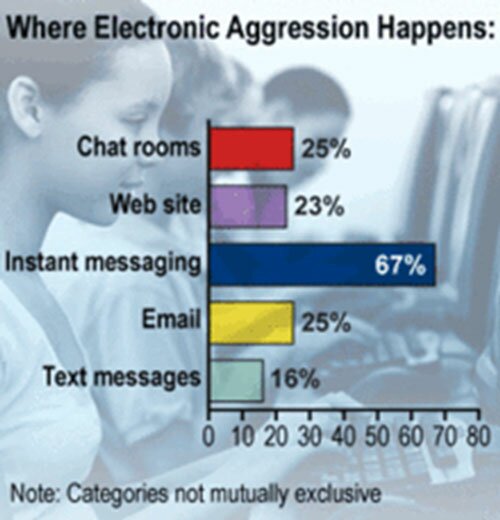 Distribution of cyber bullying venues used by young people in the US, according to the Centers for Disease Control

Cyber bullying can also occur by coincidence, as one can never judge the tone of a person through text messages, IM’s or emails. Often a misconstrued message can lead to a situation where one feels under attack and misinterprets it as cyber bullying. Therefore, it is hard to know if the other person wants to harass or threaten the other person or is just trying to engage in a light-hearted conversation. A comment passed in mere good-faith can possibly hurt the other person therefore; such repeated acts can identify the nature of tone or the intention behind these messages. It is very important to identify people who commit such acts on a regular basis as they can spread violent attitude to lessen the visitors at any particular forum. 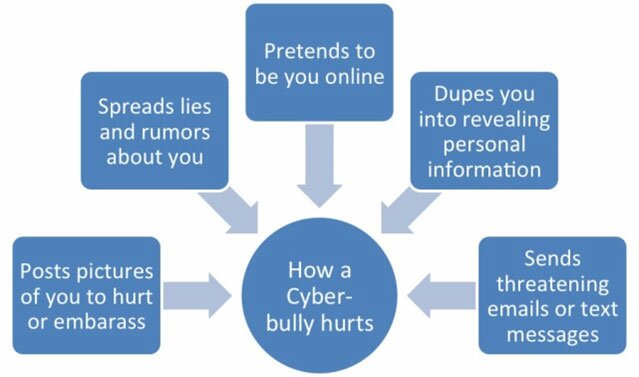 The main purpose of cyber bullies is to harass others and create a large number of victims. Sending inappropriate emails and messages or spreading inaccurate rumors all falls under cyber bullying and such acts are the most common ones as well. Research has shown that boys are more actively involved in initiating such mean activities in comparison to girls. Young men are also engaged in constructing sexual threats and attacking girls via social media, mobile phones and email. 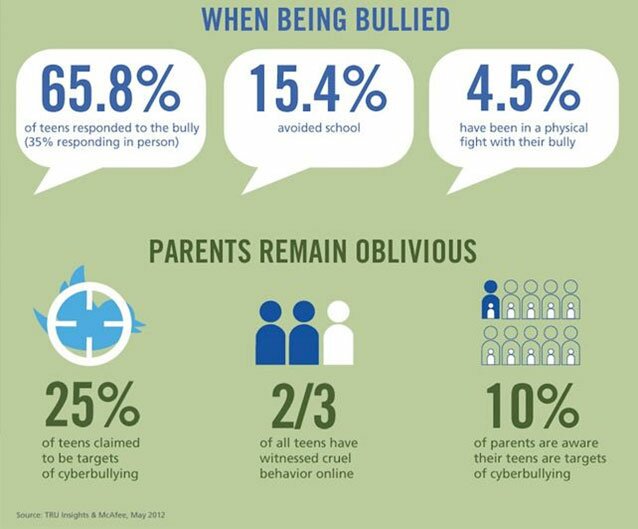 It is therefore advised that once is very careful while browsing the Internet. Moreover, many social networking websites have made it very easy to report such an abuse and you can easily report suspicious behavior. Increased security options are an effort to reduce the level of cyber bullying and make the environment more interactive for teenagers and children who access such and other forums. 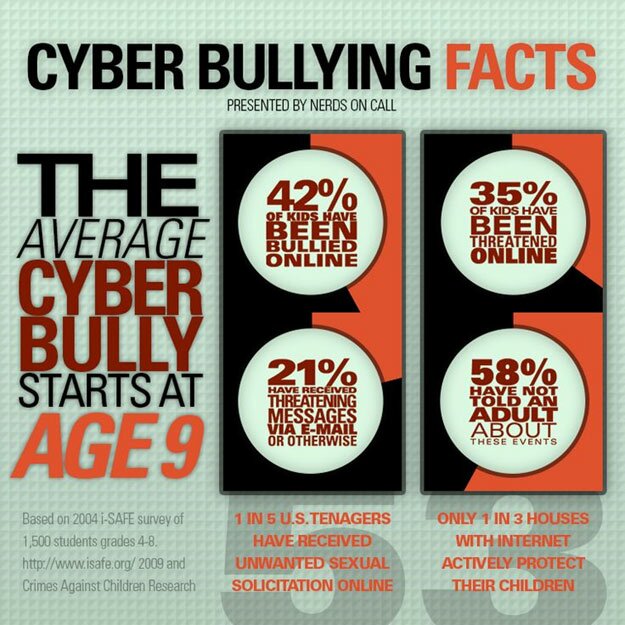 Cyber bullying can only be eliminated with the efforts of websites owners who are aware of the security options well and utilize them to block such comments and activities. For emails and messages the person who sends such messages can be blocked. There should be a strict penalty imposed for people who are involved in harassing and threatening others intentionally. We cannot even begin to imagine the effects, cyber bullying leads to. Many a times the victims withdraw themselves completely from their social lives. They feel insecure in their everyday live and in a few cases it even leads to attempts at suicide. Cyber bullying is a social evil and it is our responsibility to teach our children against this heinous act.